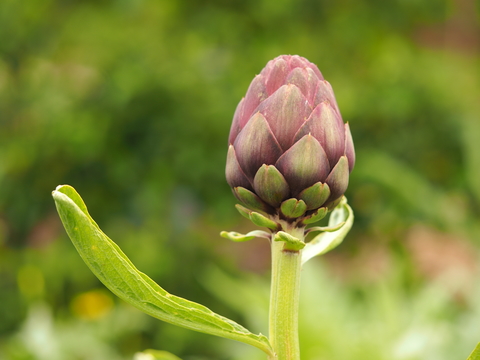 Introduction  The artichoke is one of the world's oldest vegetables. It was first grown in eastern Africa and then made its way to Europe via Egypt. Images of artichokes are found on ancient Egyptian papyri and on sacrificial altars. The ancient Romans discovered that artichoke leaf was valuable as a digestive aid, making it a "noble" vegetable only to be consumed by the nobility and rich.

Parts Used  Dried leaf, rather than the flowering buds eaten as a vegetable.

Precautions  Don't use artichoke leaf if you have gallstones. Safety in pregnant women, nursing mothers, and children under the age of 12 has not been established.