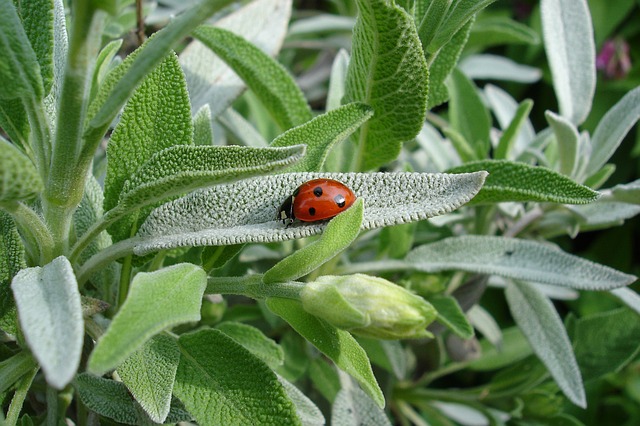 The common garden sage has been known and used for culinary and medicinal purposes for centuries. The low-growing evergreen shrub is popular in nearly every European cuisine and is used variously to flavor meats, poultry, soups, puddings, cheeses, and vegetables. Its unmistakable peppery flavor makes it popular for use in poultry and pork stuffing, and to flavor and preserve sausage meats. But taste is only the start of sage's purported benefits. The ancient Greeks considered sage to be a valuable healing herb and used it to treat consumption, ulcers, and other digestive problems. It has been used to lower fevers and treat snake bite. Used as a tea, sage can either stop sweating when drunk cold, or produce sweating when taken hot. It has been used to treat headache, and is believed in various cultures to aid memory and thinking. Other medicinal uses have had some substantiation in modern medical research. In Japan, for example, studies have suggested that sage tea helps prevent blood clots from forming, which offers potential for use in treating coronary diseases. Sage tea poured over the skin can help relieve itching, and acts as an astringent. It is even used as an alternative to artificial dyes to darken graying hair. "Why should a man die when sage grows in his garden?" Martin Luther is said to have asked in the middle ages, and his statement is reflected in the herb's Latin name salvia, derived from the Latin word "to heal." For cooking, aromatherapy, or healing, sage has proved itself throughout the ages, and continues to prove itself even now.

Dried or fresh leaves in food, and as a tea. Sometimes found in washes and cosmetics.

One of the more popular herbs in the Middle Ages through 18th century, sage has drifted into lesser use as more delicate flavors grew more popular. The evergreen herb is enjoying a resurgence of late, in part based on its many uses and benefits. Sage can be used to flavor and preserve nearly any meat or cheese, and is often used in soups and salads as well. Medicinally, it has been shown by modern research to prevent blood clots from forming, and has a long tradition of healing and treating digestive ills.

Sage Leaf and Menopause:  Sage leaf has been shown to be effective in alleviating the following symptoms of menopause (source of information found here):

Sage leaf can help to regulate your mood by reducing the severity of mood swings. Combining sage leaf with alfalfa can enhance its effects.

Thujone, a volatile oil in common sage, is hallucinogenic, addictive, and toxic when taken in extreme excess. The plant and tea made from it should be avoided by pregnant women. Its long term use is not recommended.