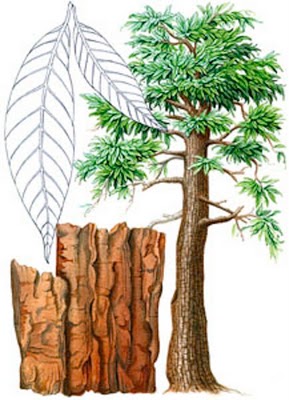 Introduction
Yohimbe is a small evergreen tree native to central Africa, primarily in the nations of Cameroon, Gabon, and Zaire. The terms yohimbine, yohimbine hydrochloride, and yohimbe bark extract are related but different. Yohimbe refers to the herb. Yohimbine refers to the active chemical found not only in yohimbe but also in Indian snakewood, periwinkle, quebracho, and niando.

Typical Preparations
Traditionally used as a tincture. Unlike chopped bark, the powder does not require an acid (such as lemon juice) to be added to the water with which the tincture is taken for maximum effect. Seldom found in an encapsulated form, and while it may be taken as a tea, it has a fairly unpleasant taste.

Summary
Yohimbe bark contains a substance called yohimbine in a concentration of about 6%, as well as other, similar compounds known as indole alkaloids. The herb stimulates chemical reactions in the body that help correct erectile dysfunction caused by tension, stress, or fatigue. Clinical studies also have shown that yohimbe is an effective treatment for ED in men with diabetes or heart problems. This herb increases blood flow to the genitals of both males and females.

Precautions
Seek medical attention in an emergency room if erection lasts more than four hours. Recommended under the supervision of someone qualified to use this substance. Not recommended if you have severe kidney or liver disease. Not to be taken if you are currently on blood thinning medication, and it is not recommended to be taken for extended periods of time.

Unless otherwise stated, this information courtesy of MOUNTAIN ROSE HERBS, with full  permission for reuse.