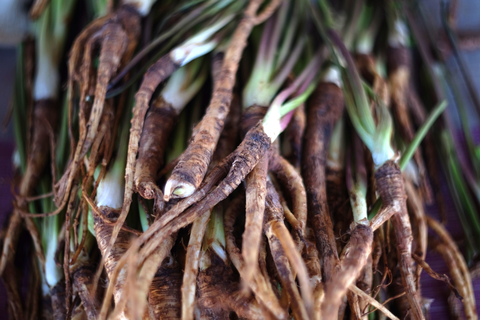 Introduction  The Chinese phrase "dong quai" literally means "state of return." For over two thousand years, since the writing of the Divine Husbandman's Classic of the Materia Medica,Chinese herbal medicine has used dong quai to help women return to their natural hormonal and emotional states after the accumulation of toxins and emotional injuries in the energy organ known as the "liver." Dong quai is a plant in the same family as celery, parsley, and carrots. Its long, large, most, oily and fragrant root has a yellow-brown bark and a yellow-white cross section. Greenish roots should not be used.

Typical Preparations  Teas, tinctures, encapsulations, usually with other herbs. With white peony, rehmannia and ligusticum, used for menstrual irregularity, amenorrhea, and dysmenorrhea. With ginger, for post partum abdominal pain, or hernia. With cinnamon for pelvic infections. With honeysuckle (lonicera) for swelling of skin abscesses.

Summary  In herbal medicine, the primary use of dong quai is as a uterine tonic, reducing menstrual pain and reducing disagreeable symptoms of menopause. Dong quai does not stimulate the production of estrogen. The herb is used in tonics for both sexes to relieve pain caused by neuralgia, poor circulation, and arthritis.

Precautions  Avoid when there is diarrhea with flatulence. Not to be used while pregnant or if you are on blood thinning medications.

This information courtesy of MOUNTAIN ROSE HERBS, with full, written permission for reuse