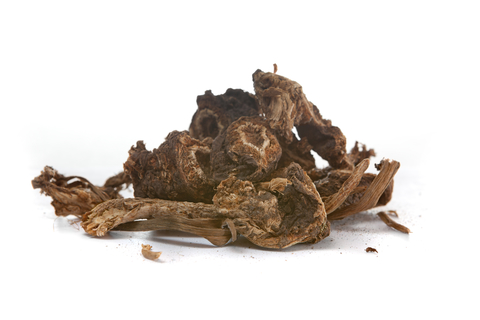 The species Ligusticum porteri, commonly known as Osha, bear root or chuchupate, was used by Native Americans to treat a variety of ailments, particularly those relating to the lungs and heart. Osha is a slow-growing member of the parsley family (Apiaceae). Its roots currently are wild-harvested by individuals and herbal product companies for sale and use in treating influenza, bronchitis and sore throat.

Osha also has a long history of use by Hispanics in New Mexico and the southwestern United States (Moore 2003). Its significance in these cultures is highlighted by the fact that all locations containing the name Osha (as found on typical U.S. Geological Survey topographic maps, 7.5 minute scale) are in New Mexico and in proximity to Hispanic communities.

The roots are primarily used as a medicine. Hispanics and Native Americans historically have used Osha roots to treat a broad array of medical ailments, and the roots currently are used commercially to treat bronchitis, influenza and other respiratory problems (West and Jackson 2004). Depending on the ailment and area treated, the roots may be used to make a dressing, paste or liniment; made into an ointment; made into tea or a tincture; chewed; and even burned to clear the sinuses and relieve headaches (Terrell and Fennell 2009).

L. porteri is distributed throughout the Rocky Mountain range, spanning Montana and Wyoming in the north, through Colorado, Nevada and Utah, to New Mexico, Arizona and Mexico (Scientific Authority of the United States of America 2000; Terrell and Fennell 2009; Turi and Murch 2010). Osha occurs in high-elevation sites, with a preference for elevations ranging from 9,500 feet to 11,500 feet (Cech 2002; Terrell and Fennell 2009), and it is often found near or within groves of aspen, conifers, fir and oak (Cech 2002; Moore 2003; Scientific Authority of the United States of America 2000; Turi and Murch 2010).

Differentiation between Osha and other species is challenging but possible through careful examination of plant height and leaf structure (Cech 2002; Turi and Murch 2010). Particularly when it occurs within the range of fir and aspen forests, Osha can be confused with poison hemlock (Conium maculatum) (Cech 2002; Moore 2003). Distinguishing L. porteri from poison hemlock requires a thorough examination of seeds and roots, including the smell of the roots (Moore 2003; Turi and Murch 2010).

For educational purposes only This information has not been evaluated by the Food and Drug Administration. This information is not intended to diagnose, treat, cure, or prevent any disease.