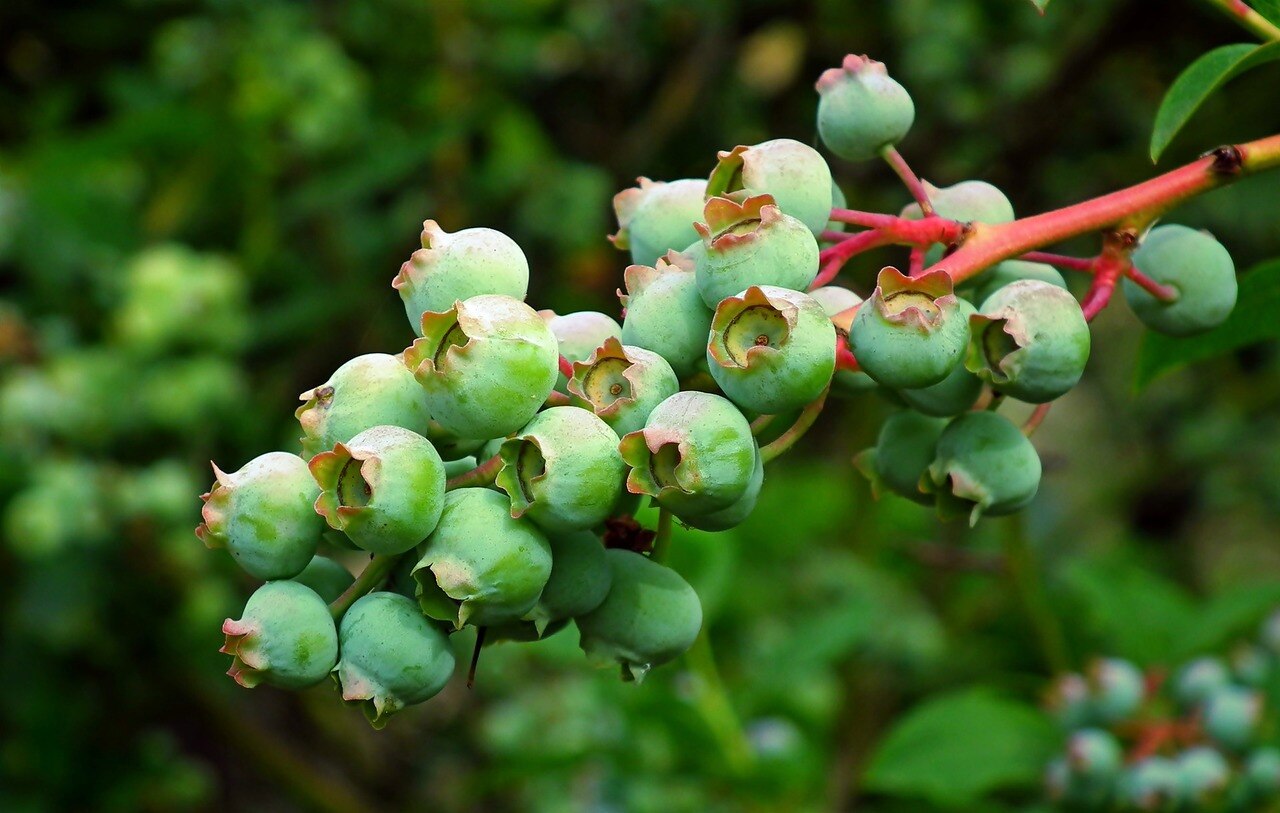 Introduction  Also known as "Black Hearts" according to Thomas Hardy in his 1878 novel The Return of the Native, the European bilberry bush is a close relative of American blueberries, cranberries, and huckleberries. It flourishes in damp acidic soil throughout temperate and subarctic regions of the world. The bilberry has a long history of medicinal use. Hildegard of Bingen wrote 900 years ago to recommend the use of bilberries to treat amenorrhea. Renaissance physicians used bilberries to treat conditions ranging from kidney stones to typhoid fever. Traditionally, strong decoctions have also been used as an astringent for treatment of diarrhea and dysentery. The English used it as a dye for wool due to its wonderful dark blue/purple coloring. The best known application of the herb in modern medicine, however, arose during World War II. British Royal Air Force Pilots reported that a dollop of bilberry jam just before a mission improved their night vision, sometimes dramatically. The American Botanical Council published a paper stating that Bilberry is potentially beneficial for visual problems such as circulatory disorders of the retina: vein and circulatory disorders, including varicose veins, inadequate vein strength, and fragile capillaries.

Summary  After the successful use of bilberry jam in World War II, researchers determined that bilberry fruit and bilberry leaf contain biologically active substances called anthocyanosides. Scientists believe that these chemicals may strengthen the walls of the blood vessels in the eye and benefit the retina, reduce inflammation, and stabilize tissues containing cartilage, such as ligaments and tendons. The herb is also used to treat a variety of conditions that benefit from arterial support, including bruising, hemorrhoids, and varicose veins. The effect of bilberry on night vision is most consistent in people who have poor night vision. The herb probably will not improve night vision in people who already have good night vision. For best results, take bilberry on a regular basis, but also use blueberries, cranberries, elderberries, raspberries, and strawberries to support cardiovascular and retinal health.

Rebecca Comments  Billberry is a "phosphodiesterase inibitor."  There are 10 identified subclasses of phosphodiesterase (PDE).  These are enzymes that cause a reduction in cyclic-AMP (cAMP).  Conditions associated with low cyclic-AMP include glaucoma, cardiovascular disease, skin diseases of cellular proliferation (such as eczema and psoriasis), cancers, and difficulty losing weight.  Inflammation is a key culprit in the degradation of cAMP, and this inflammation leads to a dysregulation of collagen synthesis.  Collagen synthesis is essential to arterial and eye health.  When collagen stores are inadequate, the tissues/vasculature become impermeable.  in the case of glaucoma, the liquid vitreous humor is unable to exit the eye, causing the ocular pressure to increase. Cataracts form when toxins are unable to exit the eye.  "Dry eye" is related to the same phenomenon.   Macular (retinal) degeneration is also influenced by this phenomenon.  In cardiovascular disease, the lack of sufficient collagen makes the arterial linings brittle and fragile.  Plaque is then formed to fill these crevices, which can then lead to occlusion of the vessels and a heart attack.  Further, adequate cAMP makes for more active LDL-receptor activity, binding LDL cholesterol and helping to normalize blood levels.  Lipolysis (the breakdown of fat cells) is stimulated by adequate cAMP levels.

Precautions  Bilberry fruit is known to be safe even for pregnant women, although eating too much can cause minor stomach upset. Maximum dosages of bilberry leaf have not been established for nursing mothers, young children, or people with severe liver or kidney disease, but there are no reports of toxicity. Bilberry leaf may lower blood sugars in diabetics. The leaf is not recommended for long term use.