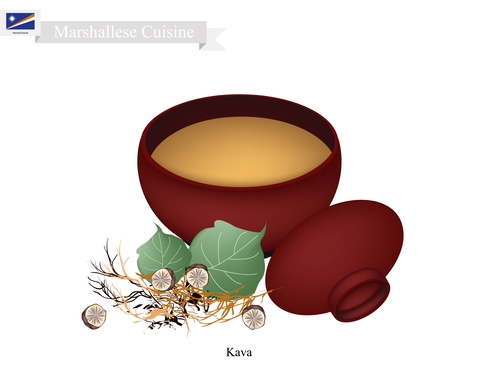 Introduction Kava Kava has traditionally been used and continues to flourish as a ceremonial beverage. We recall stories of Polynesian islanders sitting around in "Kava Rooms" literally becoming drunk and intoxicated with so much Kava that they fell into a stupor. We recommend its use in moderation and that it not be consumed while operating machinery or before driving. It is widely used as a mild sedative with relaxant properties and has been administered for nervousness, tension, cramping, and stress. Its active constituents are several different varieties of Kava lactones and this is not only found in standardized extracts. Most bulk roots and powdered roots offered by reputable bulk herb suppliers generally garnish 13-20% Kava lactone.

Parts Used  Whole roots, with the smaller rootlets that tendril from the main shaft being higher in active compounds. Powdered root is its main form for consumption to date. The typical cultivars which constitute the Kava Kava in Wondrous Roots extracst are Borugu, Plarasul, and Melo Melo.

Summary  Can be highly sedative and has been known to numb certain body parts. Typically safe in controlled amounts and it makes a fine evening drink with no documented or substantiated side effects.

Precautions  Not to be used while pregnant or nursing. Not recommended to be used by those under the age of 18 or those with a pre-existing liver condition. Excessive consumption may impair ability to drive or operate heavy machinery.

For educational purposes only.  This information has not been evaluated by the Food and Drug Administration. This information is not intended to diagnose, treat, cure, or prevent any disease.