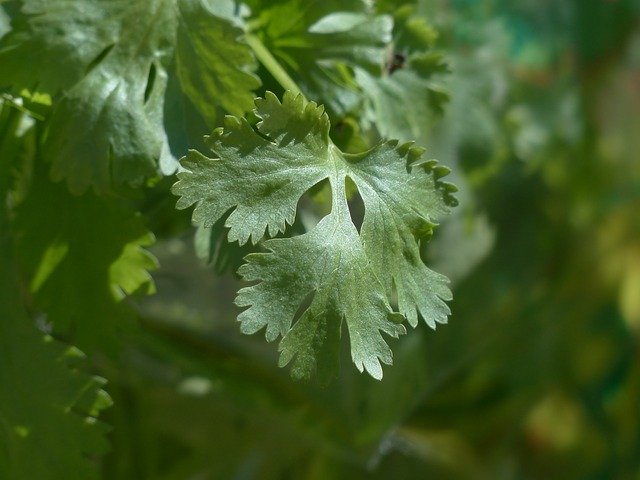 Cilantro is the leaf of the herb most the world knows as coriander. Its use can be traces back over 5000 years. Hippocrates used it as an aromatic stimulant. The Egyptians used it as a tea for both urinary tract infections and for headaches. The Romans took it to Britain, and the British took it to North America. Spanish conquistadors introduced it to Peru and Mexico, where it spread north to the Americas. Cilantro has been used to settle upset stomach in Latin American herbal healing traditions, much as other traditions use coriander, fennel, or dill.

The fresh or dried leaf and stem, chopped.

Can be used to make teas, but more often used in cooking.

Cilantro is more than just tasty, it's also antimicrobial. The essential oils in cilantro are especially effective against Listeria bacteria, and also slow the growth of E. coli andSalmonella. Combining cilantro with onion or garlic increases its ability to keep food fresh. It is also thought to be an aphrodisiac, and is mentioned as such in Tales of the Arabian Nights over 1000 years ago.

For educational purposes only This information has not been evaluated by the Food and Drug Administration.This information is not intended to diagnose, treat, cure, or prevent any disease.