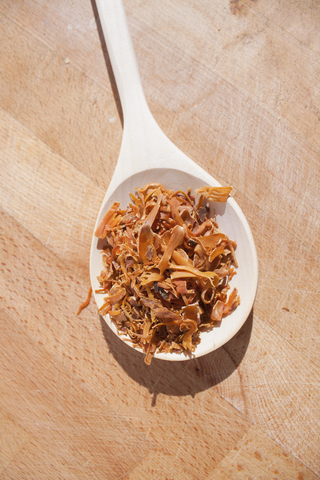 Citrus aurantium is a citrus fruit also known as a Seville orange or sour orange. Although the fruit originated in southeastern Asia, it grows today in numerous subtropical areas around the world. Herbalists have long valued the essential oil, juice and peel of Citrus aurantium for its medicinal properties, many of which modern research has confirmed. As with any herbal remedy, consult a medical professional before beginning a regimen of self-treatment with Citrus aurantium.

Antioxidant Properties
In a study of the antioxidant properties of two citrus varieties -- Rio Red grapefruit, or Citrus paradise, and Citrus aurantium -- researchers in the department of horticultural sciences at Texas A&M University prepared extracts of the two fruits using different solvents. They then conducted in vitro tests of each of the extracts to determine the potential of each fruit's antioxidant activity. Although the grapefruit extract displayed the highest radical scavenging activity, both fruits demonstrated strong antioxidant properties. In an article published in the July 2008 issue of "Bioresource Technology," researchers reported that the methanol extract of Citrus aurantium showed strong reducing power when evaluated in the potassium ferricyanide reduction method. They recommended live animal testing to further confirm the antioxidant capacity of bioactive compounds in these two fruits.

Inhibits Cancer Cell Proliferation
Scientists at Texas A&M University isolated two bioactive compounds from an ethyl acetate extract of Citrus aurantium. The researchers then tested the two compounds -- isolimonic acid and a novel compound that they named ichanexic acid -- to see how and to what degree they inhibited the proliferation of human colon cancer cells in vitro. They also tested the compounds against noncancerous cells to see what, if any, damage they might cause to nondiseased cells. Both compounds showed varying degrees of inhibitory activity against the cancer cells without any collateral damage to healthy cells. Writing in the June 2008 issue of "Bioorganic & Medicinal Chemistry," the researchers concluded that both compounds showed real promise as chemo-preventive and therapeutic agents, and that they warranted additional study.

Thermogenic Properties
A team of researchers at Georgetown University undertook a review of studies on the potential of Citrus aurantium as a thermogenic agent and weight-reduction aid. Thermogenic agents increase your body's production of heat, thus speeding up your metabolism. Safety concerns over the use of ephedra in weight-loss formulations motivated this review, one of the goals of which was to determine if Citrus aurantium might be a safer substitute. In assessing the overall implications of the studies, the scientists reported that two studies showed that Citrus aurantium helped test subjects to lose weight and three studies confirmed that the fruit extract stimulated thermogenesis, thus speeding up metabolism. In a report on their findings in a 2002 "Journal of Medicine" article, researchers concluded Citrus aurantium "may be the best thermogenic substitute for ephedra" but urged further study.

Antibacterial Properties
A team of Dutch and Serbian researchers tested the essential oils of 10 aromatic plants, including Citrus aurantium, to see what effect they had in inhibiting the growth and spread of bacteria responsible for food-borne illness. Their aim was to find natural substitutes from some of the commercial antibiotics and food additives used to treat perishable foods. In a chapter in "Food 1," the researchers reported that Citrus aurantium was very effective against some bacteria but less so against other strains. However, they concluded that it and several other of the essential oils could help to advance the fight against food-borne illness.