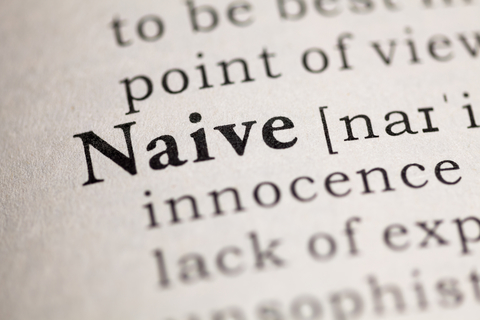 LET'S NOT BE NAIVE!

SUSAN KOMEN "WALK FOR THE CURE" INFO/USE OF FUNDS

HOW BIG PHARMA HOLDS BACK THE WAR ON CANCER

"Take Michelle Holmes, an associate professor of medicine at Harvard Medical School. She’s been trying for years to raise money for trials on the effects of aspirin on breast cancer. Animal studies, in vitro experiments and analysis of patient outcomes suggest that aspirin might help inhibit breast cancer from spreading. Yet even her peers on scientific advisory boards appear uninterested, she says.

“For some reason a drug that could be patented would get a randomized trial, but aspirin, which has amazing properties, goes unexplored because it’s 99 cents at CVS,” says Holmes.

Increasingly, Big Pharma is betting on new blockbuster cancer drugs that cost billions to develop and can be sold for thousands of dollars a dose. In 2010, each of the top 10 cancer drugs topped more than $1 billion in sales, according to Campbell Alliance, a health-care consulting firm. A decade earlier, only two of them did. Left behind are low-cost alternatives—therapies like Retsky’s or medications not created to treat cancer, including generics—that have shown some merit but don’t have enough profit potential for drug companies to invest in researching them."

CK3/APATONE - under study for end-stage prostate cancer unresponsive to standard treatments (but found applicable to other cancers, as well):

ScienceDaily (Oct. 9, 2007) — "In a significant advancement in the ongoing battle against cancer,
a group of researchers from Summa Health System, IC-MedTech and other institutions have
completed the first ever FDA-approved human clinical trial of Apatone®. Demonstrating
promising results, Apatone exploits a new strategy to selectively lower the level of compounds
within tumor cells that assist in energy production and protect against chemotherapy. This nontoxic
approach weakens and kills cancers in a novel way."

BOOK RECOMMENDATION:  THE PERSECUTION AND TRIAL OF GASTON NAESSENS:  THE TRUE STORY OF EFFORTS TO SUPPRESS AN ALTERNATIVE TREATMENT FOR CANCER, AND OTHER IMMUNOLOGICALLY BASED DISEASES - by Christopher Bird

ANYONE OUT THERE REMEMBER BILLY BEST?  A minor who ran away in the early 1990's to avoid forced chemotherapy treatments.  BTW?  After 2-1/2 months of treatment with 714-X, he was cancer free.

THE BATTLE OVER 7-14X - THE CHARLES PIXLEY STORY - shocking - open your eyes - a MUST READ!

IN THE NEWS THIS WEEK -FINDING A CURE FOR AIDS!

GLAXO-SMITH-KLINE & UNIVERSITY OF NORTH CAROLINA PARTNER UP IN A NEW PROJECT - Oh, really? Don't make me laugh... or, rather, CRY!  This has been possible for decades.

COCONUT OIL IN HEALTH AND DISEASE: ITS AND MONOLAURIN'S POTENTIAL AS A CURE FOR HIV/AIDS - Conrado S. Dayrit, MD. FACC. FPCC. FPCP

"HIV-AIDS Patients and the Coconut According to Mary Enig(11), the AIDS organization, Keep Hope Alive, has documented several HIV-AIDS patients whose viral load fell to as low as undetectable levels, when they took coconut oil or ate coconut (half a coconut a day) or when they added coconut to their anti-HIV medication (anti protease and/or antiretrovirals) that had previously not been effective. The amount of coconut oil consumed (50 ml or 3 1/2 tablespoonfuls) or half of a coconut, would contain 20-25 grams of lauric acid, which indicates that the oil is metabolized in the body to release lauric acid and/or monolaurin."

IATROGENIC (TREATMENT CAUSED) ILLNESS:  ARE MOST DISEASES CAUSED BY THE MEDICAL SYSTEM?  - by Walter Last