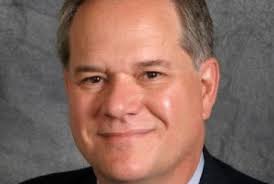 The Late Jeff Bradstreet, MD - see more below, but first...

HOW TO WHITEN TEETH NATURALLY

AND, ANOTHER QUESTION FROM LAST WEEK, SAME LISTENER:

I wanted to ask you a few
questions  about some different teas and what you think of them. Since
some of my major interests are nutrition and minerals in soil and
food, I did some research on some mineral-rich teas and thought I
would ask you about them. Nettle, dandelion, oat straw, red clover,
alfalfa, and raspberry leaf tea I found were especially mineral-rich.

1. Are they safe to drink daily, such as every morning?
2. Do you think one tea is better than the others for a specific reason?
3. How much would you recommend we consume daily in order to get some
of the benefits these teas have to offer?
4. Is there another mineral- rich tea that you know of that I did not find?

MY REPLY
Hi Valandi,
It's difficult to choose one tea over another, as they all have beneficial properties.  Best to use a variety rather than sticking with just one, in my opinion, just like varying our vegetables and fruits for the benefit of a variety of phytonutrients.  The ones you mention are all very valuable.   Some are better as infusions or decoctions rather than teas.  Oatstraw, for example, which is a good one for anxiety, actually.   Interesting, if you want to get the minerals in the plants, these water-based methods are better than an herbal extract.  Here is a reference explaining the differences and how to make them:  http://www.growingupherbal.com/herbal-teas-infusions-and-decoctions/
CHECK OUT REBECCA'S MEDICINAL HERB DATABASE

WHY YOU SHOULD EAT WATERMELON

THE SIMPLE CHANGE TO TURN YOUR PASTA INTO A HEALTHY MEAL

HIS OBITUARY - The BEST place to learn about his work and impact on saving thousands of life are the testimonies written in the "Guest Book."  Amazing man.  He will be sorely missed by so very many.

I am still in shock to learn of the loss of my doctor and fried Dr. Gonzalez who for the last 14 years has kept me on the strait and narrow. I just cannot believe he is not with us.
I will never ever forget you! Thank you for my life.

THE "LOST INTERVIEW" NICHOLAS GONZALEZ AND THE HISTORY OF CHEMOTHERAPY

OH NO!!!! NOT MORE DISPARAGING INFORMATION REGARDING VACCINATION!!

GcMAF - 85% RESPOND AND 15% HAVE THEIR AUTISM ERADICATED

TOP 10 THINGS YOU NEED TO KNOW ABOUT THE VACCINATION/AUTISM QUESTION  Greenmedinfo.com

ATTACKING OURSELVES:  TOP DOCTORS REVEAL VACCINES TURN OUR IMMUNE SYSTEMS AGAINST US Greenmedinfo.com

THE UNREPORTED HEALTH BENEFITS OF MEASLES – “PULEEZ, how politically incorrect can you get?????”

Although it has been suggested that exposure to infections during childhood could decrease risk of atherosclerotic cardiovascular disease (CVD), the evidence is scarce. We investigated the association of measles and mumps with CVD.

Measles and mumps, especially in case of both infections, were associated with lower risks of mortality from atherosclerotic CVD.

It has been suggested that infection can impact atherosclerotic cardiovascular disease (CVD) either deleteriously or positively [1]. The former proposes that inflammation caused by chronic infections with pathogens such as Chlamydia pneumonia and herpes simplex virus type I can accelerate atherosclerosis [1], [2], [3], [4], [5] and [6]. The latter suggests that infections suffered during childhood can protect from atherosclerosis [1]. The 'hygiene hypothesis' is a possible mechanism underlying this effect [1], [7] and [8]. Improved hygiene decreases the opportunities for infections, which are necessary for normal development of the immune system. Weakened immune systems lead to decreased production, as well as inactivation, of regulatory T cells, which control the balance of T helper cell types, Th1 and Th2. As a result, inflammation at the arterial wall is not well controlled, leading to the development of atherosclerosis. Therefore, people with a history of infections may have a lower risk of CVD, especially atherosclerotic diseases such as stroke and myocardial infarction, compared to those without previous infections. However, to the best of our knowledge, only one previous study, which used a retrospective design and had a small number of participants, has suggested that viral or bacterial infections could protect against CVD [1]."

Clearly, if the hygiene hypothesis holds, suppressing natural infectious exposures with man made ones, administered through novel routes like injections, along with adjuvants and biologicals to which our bodies have no evolutionary precedent for exposure, would result in immunological imbalance or dysfunction. This could have a wide range of deleterious downstream effects, including cardiovascular ones.

There is one thing for certain.  The research on the potential health benefits of measles shows it is not the juggernaut of death - a characterization that serves corporate profits and advances health policies that endanger our very bodily integrity.  GREENMEDINFO.COM - THE UNREPORTED HEALTH BENEFITS OF MEASLES

HILARIOUS VIDEO – MEASLES, BACK IN THE DAYS BEFORE THE MARKETING OF THE VACCINE  – The Donna Reed Show, the Flinstones, and The Brady Bunch!