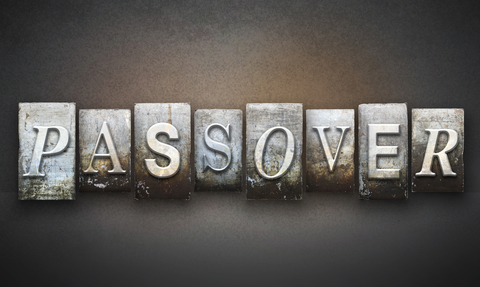 Let's take a look at the nutrient-dense foods of the Jewish Passover meal...

First, What is the "Passover?" 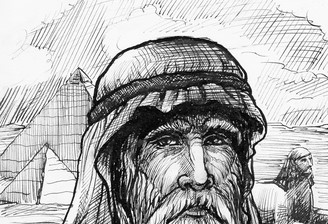 When the Hebrews were slaves in Egypt, God delivered through Moses a series of plagues designed to force Pharoah to allow the Hebrews to leave and return to Israel.  The tenth and final "plague" was the death of the firstborn in every home.  IF, however, the blood of a lamb was painted over and on each side of the door of a home, the Angel of Death, sent by God, would "pass over" that home, and the firstborn son would be spared.

Fast forward 1500 years, and we see Jesus celebrating the Passover Supper with his disciples just before being sacrificed as the Lamb of God - the firstborn son that wasn't spared and spilled his blood to take away the sins of the world. 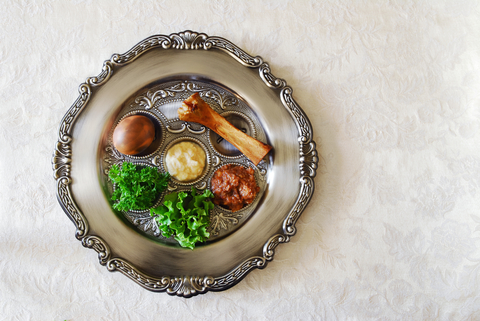 Now, an insightful look at the menu items of the Passover Meal

Passover food was never intended to cater to the palates of the Jews. Rather, through what could be described as edible suffering, the meal and subsequent week has always served as a gastronomic reminder of the pain once inflicted on our people.

But the Passover seder need not be written off altogether as a meal whose potential is lost to the whims of tradition. Hidden like afikomen (a piece broken off from a matzo during a Seder and put aside to be eaten at the end of the meal), myriad health benefits can be found on the seder plate and beyond —  as we slog through the desert one course at a time, we boost our immune systems, reduce our risk of cardiovascular disease and even improve our eyesight.

Following is a breakdown of some of these benefits, adding yet another layer of meaning to the traditional "weighty meal."

On the Seder Plate 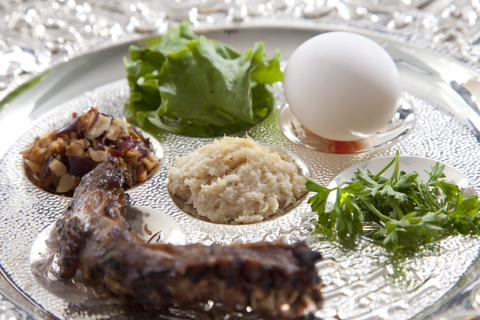 Karpas: Dipping a vegetable in saltwater reminds us of the tears shed by the Jews during their enslavement. Often, this veggie is parsley. Packed with folic acid, parsley may help to protect against cardiovascular disease and tumor formation. The unassuming little sprig also serves to neutralize carcinogens, such as those found in cigarette or grill smoke. (In other words, if you burned the brisket, don’t worry — simply serve up an extra portion of tears.) 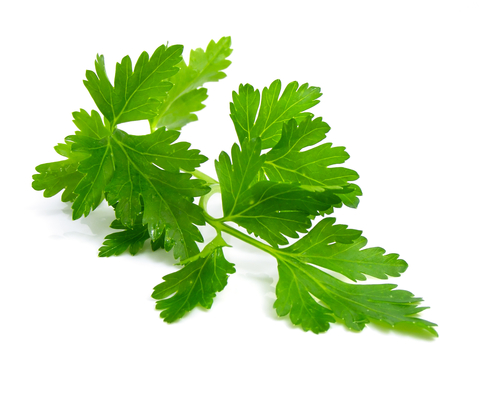 Charoset: The sticky concoction that represents the mortar laid by Jews to erect buildings in Egypt features such superstars of the food pyramid as nuts, apples, cinnamon, honey and wine. While the specific benefits of each ingredient are numerous, it is perhaps more poignant to note that every item in charoset has been shown to help lower low-density lipoprotein (LDL), or “bad” cholesterol, thereby guarding against cardiovascular disease and diabetes.

Maror: Ah, the bitter herb. Used to symbolize the bitterness of the Jews’ enslavement in Egypt, maror is a two-fer, often including romaine lettuce and horseradish. The lettuce is heady with vitamins A and K, helping to maintain healthy eyesight and prevent blood from clotting, respectively. Horseradish is handy for clearing out the sinuses (much like the Jews eventually cleared out of Egypt) and is also high in vitamin C, making it a powerful tool in cold prevention.

Zeroa: The sacrificial lamb was truly not in vain. While we don’t eat the shank bone, were we to, we would find our bodies flush with iron, a critical agent for transporting oxygen to the cells, and zinc, which helps to support the immune system.

Beitzah: The almighty egg symbolizes both new life and mourning for the destruction of the Temple. It also symbolizes, more literally, good health for women. Eggs have been shown to reduce the likelihood of developing breast cancer and to improve the health of hair and nails. Recommended for pregnant women, eggs are also rich in choline, which is vital for brain functioning. For both sexes, eggs offer up a healthy dose of antioxidants that help keep vision up to par.

After the Seder Plate

Matzah ball soup: Turns out the folklore about soup is based, unwittingly, in some scientific fact. Chicken products that are often used to make broth for matzah ball soup have been found to help relieve congestion brought on by the common cold by keeping white blood cells from clumping. Soup made with chicken stock also contains proteins that aid in keeping blood pressure at a healthy low. 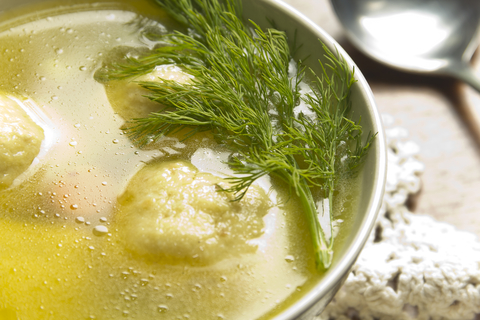 Gefilte fish: Low in calories yet high in protein, gefilte fish — an acquired taste for most — is composed primarily of a mélange of fish (usually whitefish) and vegetables, including carrots and onions. High in B vitamins, whitefish helps to keep skin, hair and nails shiny, and also reduces the risk of heart attack and stroke. Carrots come packed with beta-carotene, improving eyesight and heart health, and sulfides found in onions have been shown to guard against cancer. 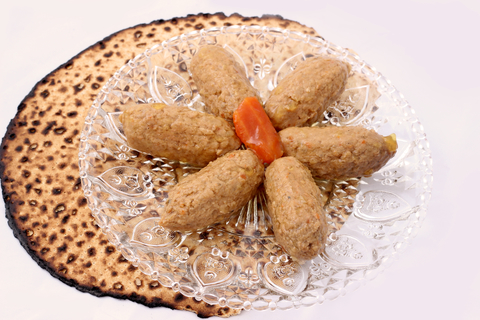 Brisket: A mainstay at the Jewish dinner table, brisket has higher levels of healthy fats than other cuts of meat. These include oleic acids, which have been shown to increase high-density lipoprotein (HDL), or “good” cholesterol. 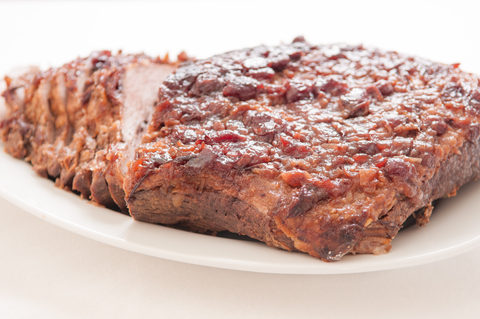 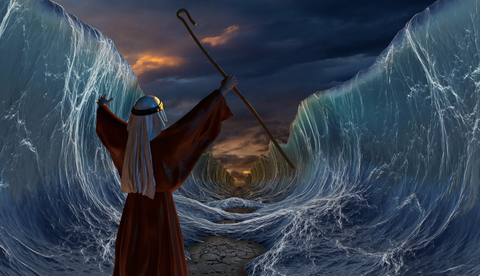 While you remember the great trek across the desert, ask the vital Four Questions and recline to the left, bear in mind that good health is also a mitzvah (a precept or commandment), and one that can be expedited by taking good care of your body, and what fuels it.

The Four Questions in English Translation

Why is this night different from all other nights?

On all other nights we eat leavened products and matzah, and on this night only matzah??

Slavery: Matzah was the bread of slaves and poor, it was cheap to produce and easy to make.

Freedom: Matzah also commemorates the fact that the bread did not have enough time to rise when the Jews hastily left Egypt.

On all other nights we eat all vegetables, and on this night only bitter herbs??

On all other nights, we don’t dip our food even once, and on this night we dip twice??

On all other nights we eat sitting or reclining, and on this night we only recline??