SATURDAY, APRIL 4, 2015 – Before considering following in the footsteps of Angelina Jolie, consider THIS! Genes do not have to be our destiny; how to overcome the problems posed by genetic defects using – in many cases – simple nutrients skillfully applied. New England Journal of Medicine study finds mammograms appear to have detected 1.3 million cases of breast cancer in the US over 30 years that were never there! Behind-the-scenes eye-opener regarding medicine and the politics of illness – How We Do Harm: A Doctor Breaks Ranks About Being Sick in America by Otis Brawley, MD, chief medical and scientific officer of The American Cancer Society. 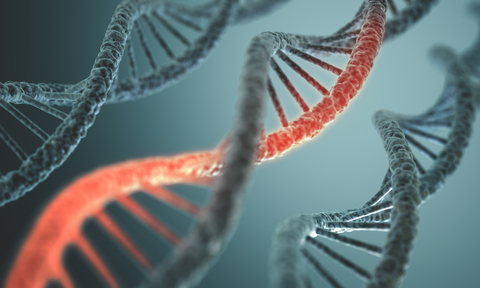 Last Saturday, APRIL 11, I continued talking about how we can  use some surprisingly unassuming nutritional strategies to powerfully impact gene expression for the better.  Have a mutation in a gene associated with the development of cancer?  What does that gene do when it is functioning properly?  How can we go "in there" and accomplish its tasks another way?

This is the exciting frontier of EPIGENETICS.  Epigenetics is defined as "the study of changes in organisms caused by modification of gene expression rather than alteration of the genetic code itself."

I had kicked off this topic the week before based on Angelina Jolie's announcement of her recent decision to have her ovaries removed in order to prevent cancer.  Jolie has a mutation in the BRCA1 gene.  The BRAC1 gene - when functioning as it should - suppresses tumor growth.  There are many other genes that, when mutated, also lead to a higher chance of developing cancers.  Generally speaking, these genes should be scanning our DNA, fixing errors, keeping it "clean."

I talked about the difference mere supplementation with the trace mineral selenium leveled the playing field in BRAC1 mutation carriers and non-carriers when it came to chromosome breaks that could lead to the development of cancer.  That study was published in the journal Cancer Epidemiology Biomarkers and Prevention and titled: Increased Rates of Chromosome Breakage in BRCA1 Carriers are Normalized by Oral Selenium Supplementation.

Selenium helps raise glutathione levels - a tripeptide we make ourselves that is integral to virtually - if not literally - every area of health. Glutathione levels are raised in the healthy, normal methylation cycle, always purring in the background of our physiology.  I compare this process to a software program on a computer that is constantly scanning the hard drive for errors, fragments, etc., and cleaning them up - keeping everything running smoothly and fast.  Glutathione is the most potent catalyst of apoptosis - the command to mutating DNA to die before it is able to replicate itself.  If interested, check out Glutathione and Modulation of Cell Apoptosis.  More of us need help when it comes to having adequate glutathione levels in our cells.  I refer to a special supplement form called S-Acetyl-L-Glutathione.  Plain L-glutathione is destroyed by stomach acid; the acetylated form has been studied and shown to better absorbed within the cells of our body than even IV glutathione treatments. You can read that study here: TOWNSEND LETTER ACG VS IV JUNE 2011 - Can Oral Gluathione Beat IV Therapy? We can also improve methylation with key nutrients, including the appropriate forms of folate and vitamin B12.  We can also decrease our need for methyl groups by decreasing stress, exposure to toxins, and by increasing the nutritional value of our daily diets.

The paradox of glutathione and cancer - Glutathione levels are typically high in cancer cells, making them resistant to treatment, while the noncancerous cells in the person with cancer are low.  Supplementing with glutathione causes an increase in levels in the healthy cells, while depleting glutathione in the cancerous cells, leaving them more vulnerable to treatment.  This is something that has gone unrecognized in mainstream oncology, typically advising patients discontinue the use of all antioxidants while undergoing treatment.  Here's the paper I promised on that strange phenomenon.

WHAT ELSE DID WE TALK ABOUT?

ASTHMA - A listener called in and asked about asthma, which is a problem that has been running in their family for many years in many members.  What, he asked,  are the, say,  three top nutrient recommendations I would make.

I THEN ADDED TWO MORE SUGGESTIONS:

DURING THE BROADCAST I told how S-acetyl-l-glutathione turned my faher George Roentsch's health around dramatically, bringing his ESR rate down from 55 to 8 in a short time, enabling him to discontinue oxygen therapy and prednisone.  In spite of having inflammatory cardiovascular and pulmonary disease, his ESR (inflammatory marker) came down to the level of a man under 40 with no inflammatory disease!

LEMONS & CANCER PREVENTION - A client emailed me with information regarding lemon terpentenes and cancer prevention.  Here is an informative paper I used during the program: